Saint Joseph is the patron saint of our school, and our role model in all that we do. 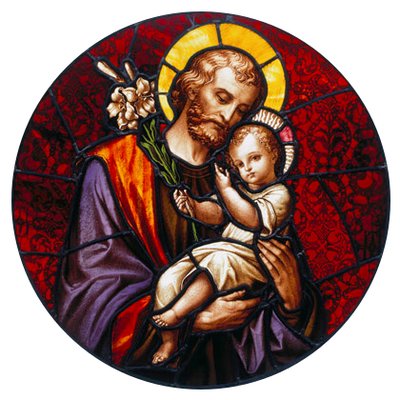 Saint Joseph was Jesus' 'foster' father on earth, chosen by God to help Mary to raise Jesus. The Bible tells us that Joseph was a 'just man', meaning that he was good and fair. He was a carpenter and worked hard at his job.

Saint Joseph is the patron saint of many things. We can ask Saint Joseph to help us when we are feeling worried or confused about things. People usually pray to Saint Joseph for help for the poor, for the support and protection of fathers and families and even for help with work.

Joseph is the patron saint of all working people. He is seen as a role model for fathers, and so Saint Joseph is known as a protector of families. In 1870, Saint Joseph was also declared the Patron Saint of the Universal Church. 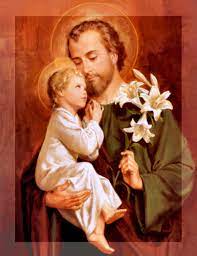 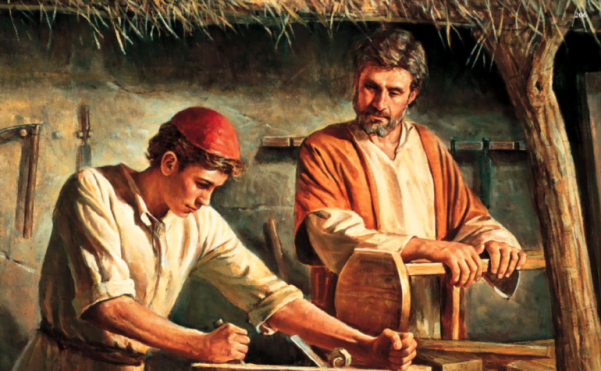 Children in all classes are split into four house groups, named after the following Saints:

House points are awarded for all kinds of good work, helpfulness, special effort and achievement. The house with the most points each week are rewarded.

Various competitions are held during the year, such as Sports' Days and other challenges, when children work in house teams to earn even more points.

St Matthew was one of the 12 Apostles of Jesus and was born in Galilee.  He worked as a tax collector, which was a hated profession during the time of Christ.

According to the Gospel, Matthew was working at a collection booth in Capernaum when Christ came to him and asked, "Follow me." With this simple call, Matthew became a disciple of Christ.

His book is the first of the four Gospels in the New Testament. From Matthew we know of the many doings of Christ and the message Christ spread of salvation for all people who come to God through Him.

Matthew was a tax collector and is therefore the patron saint of bankers. The Church established St. Matthew's feast day as September 21st.

St Mark was born in Cyrene, Libya and lived at the time of Jesus. Although he was not one of the twelve apostles of Jesus, he was a disciple and a cousin of Saint Barnabas, an apostle.

St Mark is called an evangelist because he wrote one of the four gospels. St Mark's gospel is short, but it gives many little details that are not in the other gospels.

While still young, Mark went with the two great saints, Paul and Barnabas, as missionaries to bring the teachings of Jesus to Cyprus and other new lands.

St Mark also became a beloved disciple and was like a son to Saint Peter, the first pope.

Saint Mark was made a bishop and sent to Alexandria, Egypt. There many people who heard him preach became Christians. He worked hard to spread love for Jesus and his Church and founded the first famous Christian school in Alexandria.

He went through long and painful sufferings before he died a martyr for his faith. Saint Mark's relics were brought to Venice, Italy. He is the patron saint of that famous city. People go to the beautiful basilica of St Mark to honour him and to pray to him. His feast day is celebrated on April 25th.

St Luke was born in Antioch around the time that Jesus was born, he died several years after Jesus was crucified.

During his life he became friends with the the apostle St Paul and soon became a Christian. He and St Paul spent their days spreading the word of the Lord in Greece and in Rome. St Luke was also able to spend time with Mother Mary and learn more about Jesus and his teachings.

St Luke was a physician (doctor) and he is now the patron Saint of doctors.  St Luke wrote two books of the Bible: The Gospel of Luke and the Acts of the Apostles. His feast day is celebrated on October 18th.

Both John and his brother James were followers of John the Baptist at first, but later became disciples of Jesus. St John was probably the youngest of the twelve apostles, and called himself the "disciple whom Jesus loved".  Among the twelve John held a special place: With Peter and James he witnessed the Transfiguration and the Agony at Gethsemane; He was the only one of the twelve who stood at the foot of the cross, when Jesus died. And finally, Jesus charged him with the care of His mother.

After Christ's death St John moved to the city of Ephesus, with Mary, the mother of Jesus. From there he carried on the work of Jesus and helped establish the early church. St. John is the patron saint of love, loyalty, friendships, and authors. His feast day is December 27th.